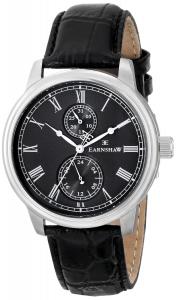 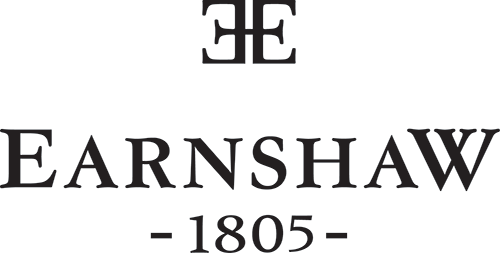 Thomas Earnshaw timepieces pay homage to the famed watchmaker of the same name, Thomas Earnshaw. Thomas Earnshaw is commonly known as the father of the modern marine chronometer. Born on February 4, 1749 in Ashton-Under-Lyne, Lancashire, he eventually came to work under the tutelage of William Hughes, a watchmaker in London. His improvements to the standard chronograph of his time were well-accepted and patented under Thomas Wright's name, as he was unable to afford the cost of registration. After recognition by Nevil Maskelyne, the astronomer royal, Earnshaw was encouraged to continue production of his excellent chronometers and was commissioned to become regulator at the new observatory at Armagh. His works allowed for constant progression of navigation and timekeeping standards, and many of his improvements have been used universally in marine chronometers since then. For this reason, Earnshaw is generally regarded as one of the greatest pioneers of chronometer development. 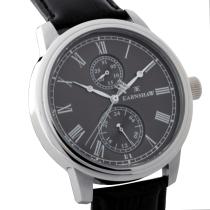 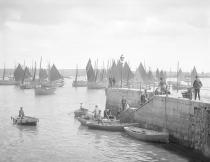 The timepieces of the Cornwall Collection feature a classic look with a roman numeral-filled dial and two subtle yet informative sub dials. These sub dials feature the date and a 24 hour display, all protected by a sapphire coated hardened mineral lens. Not only aesthetically pleasing, these timepieces are powered by a highly efficient and precise Japanese Quartz Movement. And to keep this timeless watch on your wrist, the Cornwall Collection is fastened with a genuine leather strap and signature buckle.

Born in Manchester, England in 1749, Thomas Earnshaw was celebrated for his work in refining, and improving upon the marine chronometers of the era. It was these marine chronometers that became crucial to the journeys taken by the boats in the Royal Navy as they circled the globe during a golden era in English history of science and exploration. This emboldened spirit of discovery inspires these timepieces in both design and construction.