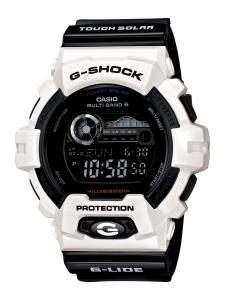 With the launch of its first watch in November 1974, Casio entered the wristwatch market at a time when the watch industry had just discovered digital technology. As a company with cutting-edge electronic technology developed for pocket calculators, Casio entered this field confident that it could develop timepieces that would lead the market.

Today, Casio is focusing its efforts on solar-powered radio-controlled watches: the built-in solar battery eliminates the nuisance of replacing batteries, atomic timekeeping means the users never have to reset the time. Recently, Casio launched a series of Bluetooth watches that sync to the users cell phone to automatically update the time. Casio is always moving time forward.