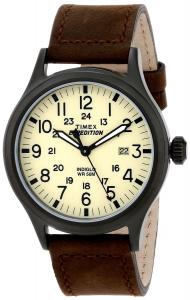 A watch as rugged and stylish as you are. This classic outdoor watch features easy-to-read luminescent hands and markers, a durable strap and is water resistant up to 50 meters.