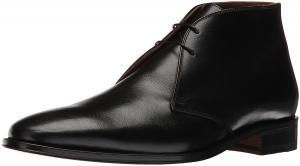 Bruno Magli was founded in Bologna, Italy, in the 1930s when three siblings, Marino, Maria and Bruno Magli were taught the art of shoemaking by their grandfather in a small basement. In 1936, the siblings transformed their basement factory into a small business, otherwise known as The Magli Shoe Factory. Propelled by the "Made in Italy" craze, the brand quickly became a leader in design, fabrication and commercialization of high-quality fashion shoes, as well as a major competitor in the Italian footwear market. In 1968, headed by the second generation of the Magli family, Bruno Magli moved to its current headquarters in Bologna. Bruno Magli has since successfully maintained its position as a leader in the footwear industry by retaining the traditional values that have made it the prestigious Italian luxury brand since the 1930s.