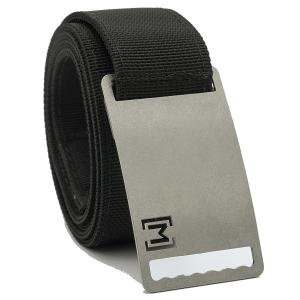 MAGZOOK MAGBELT - The Magnetic Belt That Fits Perfectly To Your Waist

The MagBelt is a simple idea that became one of the most-backed fashion items in Kickstarter history. It is a magnetic belt with no holes, no flap, and fits perfectly to your waist. The MagBelt uses patent pending Adjustable Magnet System which makes it unlike anyother belt you will ever wear. The magnets are sewn directly into the high grade military webbing.

The MagBelt is the perfect belt for everyone. It look’s great in the office, a night on the town, and will keep your pants up at all times--whether it be skiing, golfing, fishing, filling out TPS reports, plumbing, twerking, or just standing there.

Magzook was born on a highway.

While riding his motorcycle through Michigan, Devin found the cuff of his pants blowing up and exposing his legs, which resemble that of a yeti. He thought there'd already be a product on the market to remedy this annoyance, and he quickly found something to meet his needs, purchased it online, and hit the open road. This overpriced solution quickly failed, and he knew that he could create something of higher quality at a lower price point.

Not having a clue how to sew, the first prototype was made using copper wire, elastic nylon, two magnets and a metal clip. Seeing that it worked, he asked his grandma to teach him how to sew using her antique 1951 Singer Sewing Machine. Armed with a few metal clips, some spare webbing, and four magnets, he created the first pair of bootstraps called MagStraps. He soon realized the tightening system could be applied to other products, and after days of stitching and fine-tuning the MagBelt came to life.

With two magnets, some belt webbing and a metal ring, Devin created a magnetic belt that eliminates belt holes, belt overhang and adjusts to fit perfectly to your waist--even if you gain or lose weight. Devin wanted to get the product to market quickly and was looking for a business partner to help him along the way.

At the time, Devin was driving for Lyft to help fund the idea. He picked up Kyle as a fare one Saturday morning, showed him the MagBelt, and they soon decided to partner.
After deciding to launch the MagBelt on Kickstarter, they knew they'd need a great video and asked Mike to fly down from Seattle and help them out. After seeing how awesome the MagBelt was and it's pants-hoisting potential, he joined the Magzook team.

The Belt that made Kickstarter History

From Meetings to Mountains