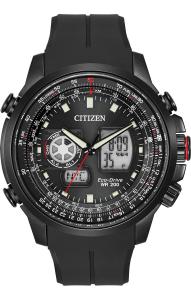 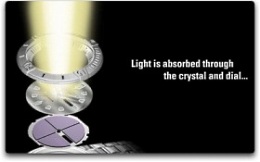 The company was established in 1924. The founding fathers selected the name Citizen so it would be ""Close to the Hearts of People Everywhere"" and soon after adopted the company’s formal name, Citizen Watch Company. 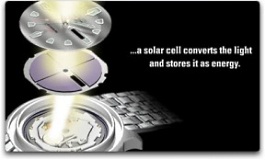 During the last seventy-five years Citizen has expanded its business throughout the world and has achieved recognition as the global brand. The past twenty-five year period has coincided with the company’s dramatic rise to its current position as the world’s largest watchmaker, a distinction Citizen has held every year since 1986.

Beyond sheer size, Citizen is also recognized as a worldwide leader in advanced technology. From the world’s slimmest LCD watch to the first voice recognition watch and the world’s first professional dive watch with an electronic depth sensor, Citizen’s record of ""world’s firsts"" is unmatched.

More recently, Citizen has staked out a new position as the leader in timekeeping with its Eco-Drives watches that are light powered. With models ranging from dress models to sports models to professional dive watches, Citizen Eco-Drive runs continuously in any kind of natural or artificial light for a lifetime of use. Fueled by light, it never needs a battery.

Go higher with a CITIZEN Promaster designed to power your passion and unleash your potential. Featuring 1/100 second chronograph, world time in 30 cities, 2 alarms and perpetual calendar.